But if half the people you talk to tell you to do it and half say you're crazy, then you should definitely go ahead! 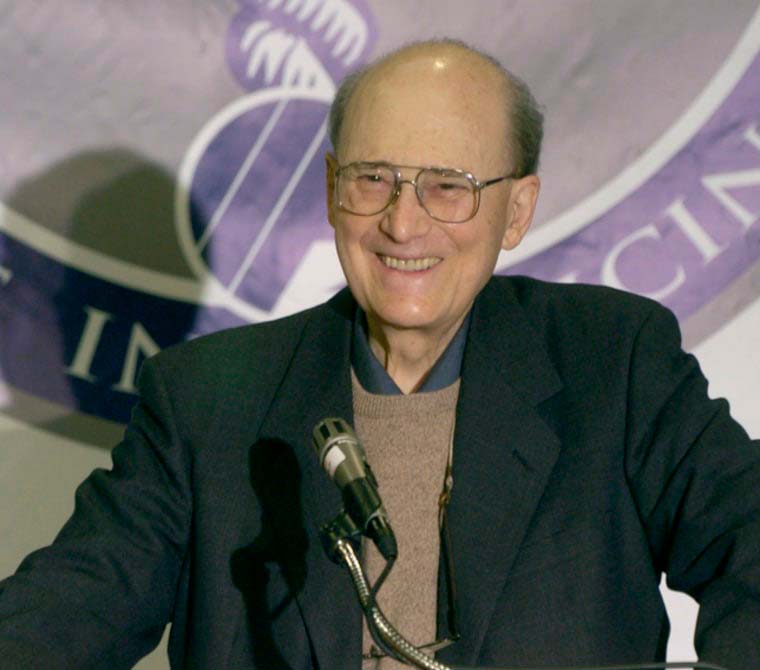 Seymour earned his PhD in physics, and did ground-breaking work on some of the first semiconductors before becoming a physics professor at Purdue.

Seymour soon switched his field of interest to biology, and within years had done foundational research that defined the field, and in particular, he extending genetic analysis to a new level of detail, which led directly to the biochemical nature of DNA and the gene. His work on cistrons is still used as the formal unit of a gene.

Seymour's discoveries were deeply fundamental to our understanding of modern biology, and placed him in the Pantheon of 20th Century biologists.

Seymour, being Seymour, saw that the field of molecular biology was becoming crowded, and set off on a new quest to use new tools to study neurobiology. In this, he switched from bacteria and their viruses to the fruit fly, Drosophila. It took him almost a decade for the first successes in this new field.

Seymour and his lab founded the study of behavioral genetics - they were able to identify new fly mutants in sexual function, vision, movement towards light, learning and memory, and the circadian rhythm that sets biological day/night rhythms (which eventually led to a Nobel Prize for his students and collaborators after Seymour died). 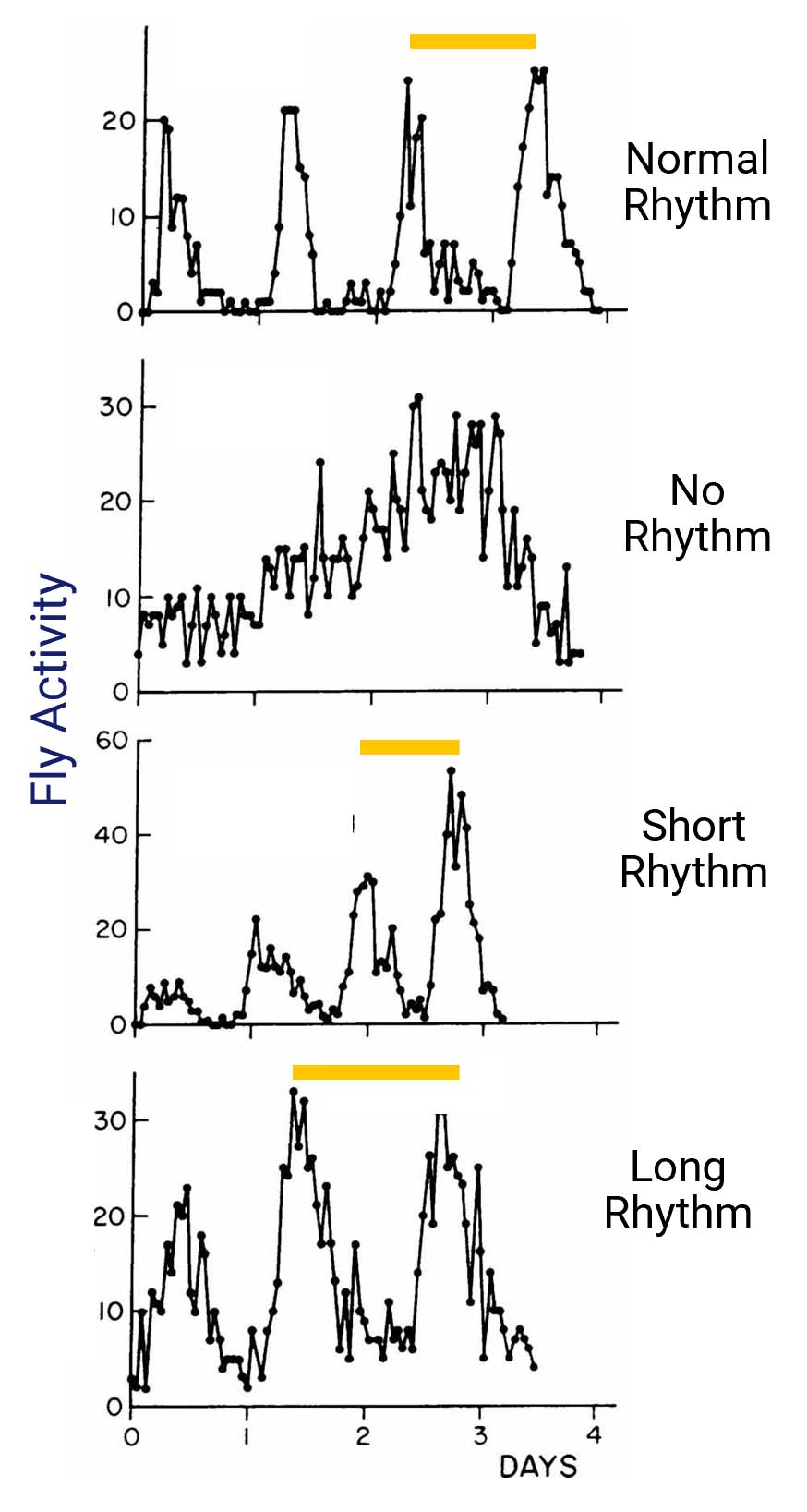 The light-dark activity of different Drosophila mutants, which eventually led to understanding the biochemical basis of the circadian rhythm.

These discoveries opened a whole new approach to neurobiology based on genetic studies, which have been used by thousands of labs, greatly expanding our knowledge of nerves and the brain.

Seymour switched fields yet again at the end of his career when he saw that behavioral genetics was becoming a mature field, and became one of the first biologists to focus  on the genetics of aging.

Seymour's work had an enormous effect on the foundations of molecular biology, neurobiology, behavioral genetics, and the biology of aging. However, for many of the biologists of the period, what stood out was the elegance and beauty of his experiments. Starting new fields, one after another, required the development of new techniques and new ways of thinking.

This is one part of the Seymour that we hope to embody in SeeMore Impact Labs -- that finding solutions to key issues in education, workforce development and poverty requires thinking afresh, from first principles, driven by curiosity and optimism.

On meeting Seymour, one might think him quite unexceptional, and he was often the quietest person in the room. He spoke with pauses, quietly and slowly, and was more interested in listening and learning than in self-display.

Seymour had wide-ranging interests, with food being among the highest. He was interested in everything, including every ethnicity, genre, and component of food. He ate through all of Southern California with the Los Angeles Times food critic, Jonathan Gold, and in his many travels he would search out hole-in-the-wall restaurants with unusual food -- like Surströmming (fermented canned fish, if you can keep it down) and stinky tofu (an apt name). Nothing was below his notice or enthusiasm - he and his lab visited hamburger joints across Los Angeles and rated each according to their meat, bun, toppings and fries.

The same lack of distinction in his mind between low- and high-culture characterized his consumption of TV and films, politics, art, museums, music and more.

To be sure, Seymour was not a stylish person -- he always wore a rather bland tie (it kept his neck closed and warmer), and even when he wasn't in the lab, he would wear a lab coat with a pocket protector.

Finally, and perhaps most importantly, Seymour was a kind and generous person (generous both personally and in his willingness to share credit for scientific discoveries). He did not attract enemies, and he had many collaborators and ex-students who became friends across the globe.

We hope that SeeMore Impact Labs embodies Seymour's spirit -- listening, open to everything, looking for intrinsic worth and what works rather than chasing trends. We aspire to his kindness and generosity, and aim to be friends and true partners to everyone we meet.

While we do not mean to copy Seymour's lack of style, we may from time-to-time meet that standard unintentionally. 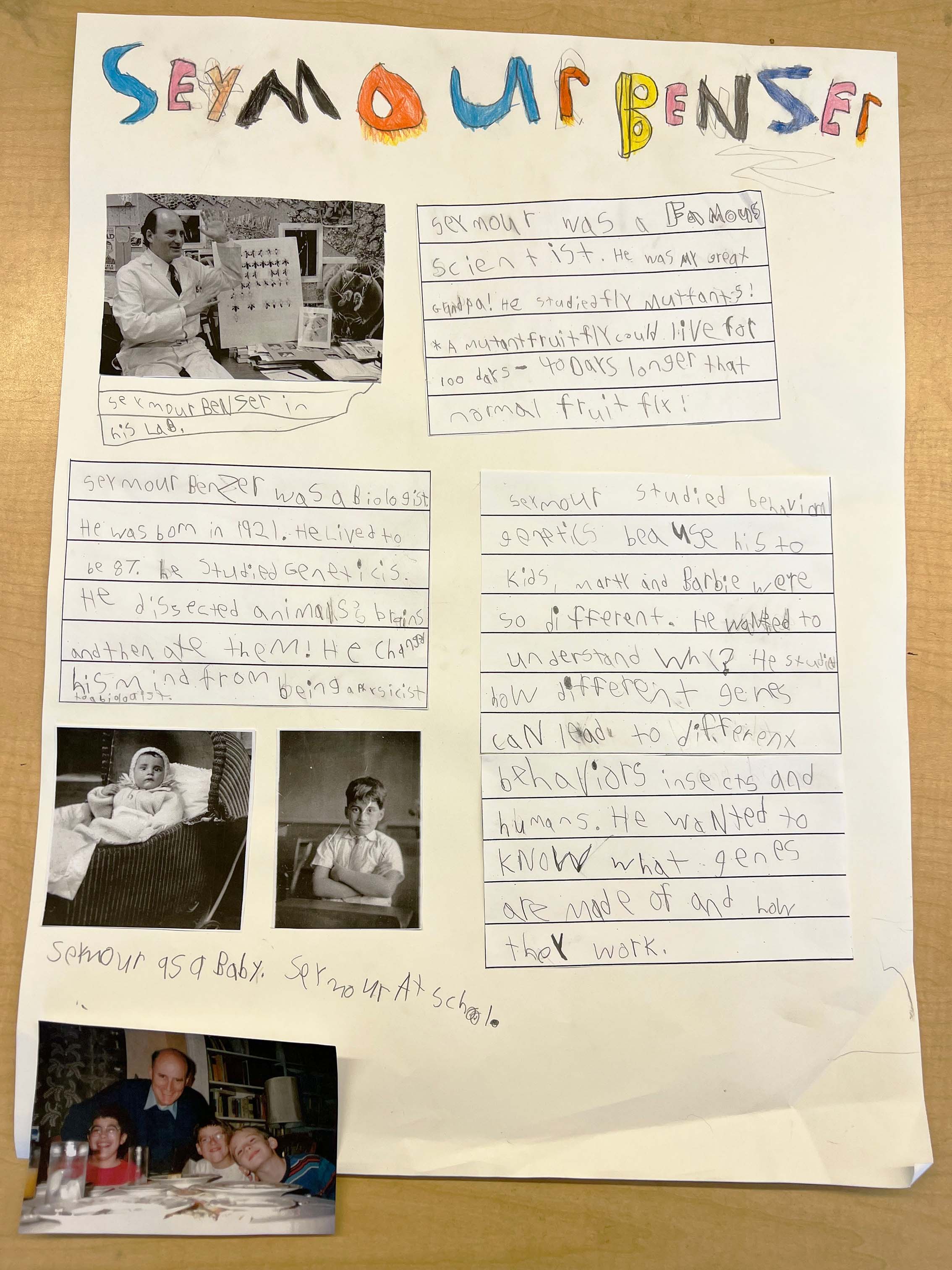